Get me outta here!

It has been a few days since I decided to put some of the yoga class I went to into my daily life.

I have had some early mornings, and therefore done my 20-30 minute practice in the evening, but both times of day feel good for me. I like how I feel when I’m stretching with my eyes closed, alone, with quiet, meditative music in the background. Each day so far, I’ve been glad that I made the effort.

In my dance training during term time, it can be hard to stretch effectively after a long day, but the short routine I’ve been doing could definitely work in that scenario too.

In terms of mentality I have noticed something quite significant. I’ve noticed that I set a goal (to try doing some yoga each day this week) and I’m achieving it. My usual harsh mindset could have set me up to fail. My negative voice would have required me to do at least an hour, only in the morning, adding 5 minutes a day etc etc, and any small diversion from the plan would have meant I had ruined it. 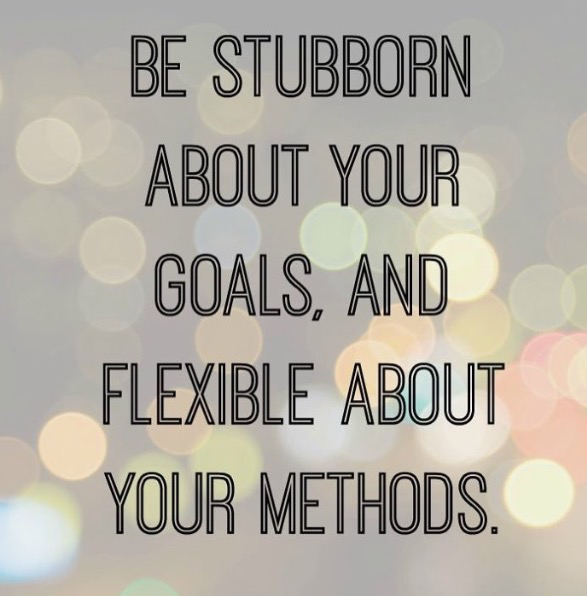 So basically all this rambling would have been explained just as well by the quote alone 😂 I saw it today, and thought it was all too well timed for me to not write about!

I’ve not posted for a little while, but I have been reading all the posts in my reader, and thinking more and more about whether or not having an ed label is important.

For me, having a label means that I tick a box, I have an identity, I have a reason to be “different.” But for those on the outside of the disordered individual, the name of the illness is unimportant. The only thing that matters is that loved ones feel they are understanding and helpful in the face of difficulty- whatever the name of it is in doctor terms.

When a counsellor told me that “people with anorexia are often in denial” I barely even realised she was including me in that group, because I could think of more reasons than fingers on my hands that would make that statement false (other people are thinner, I thought I ate too much etc). I was underweight at that point, but marginally above the official marker- by like a pound or two (but I was at an unhealthy bmi and my periods had stopped)

A few months down the line and I had begun bingeing and abusing exercise, diet pills and (the times I was able to) my gag reflex….. The weight I regained at this time put me at a healthy bmi, but as soon as I reverted to anorexic behaviour my weight didn’t matter. I still had anorexia even though my weight had changed from when I first had counselling.

I guess my point is that you I believe that you need to have been underweight or have multiple physical signs of starvation to be initially considered anorexic, but after that, the illness can surface itself again at any weight, and at the end of the day, I know that in my case it is me who cares most about what label I have anyway. To my family and friends I am simply eating disordered: be that BED, BN, AN, or anything else. I have a problem, and to them that is the only necessary knowledge; the specifics don’t affect how much they care or how much they want to help.

Out of every single person that I know, only a handful know about my problems, which  just goes to show that there are too many people on the planet for it to matter to everybody you meet.